Billy the Kid and the Regulators, June 15

The premier Reggae band in Pittsburgh!

The Flow Band is Pittsburgh’s premiere Reggae Dance Band was formed in the 1980s and has a legendary history of fusing Neo Soul Rhythms over Tropical World beats pioneering an uplifting celebration for the future of Reggae influenced music. The Flow Band has opened for Jimmy Buffet and have earned over 15 awards, including Best Local Reggae Artists & Performance Band of the Year.

Previous post Billy the Kid and the Regulators, June 15 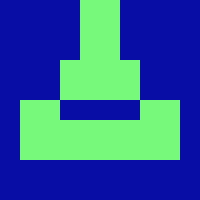 The mission of the Wheeling Arts & Cultural Commission is to promote and develop artistic and cultural activities and initiatives that stimulate economic development and advance the quality of life and vibrancy of the greater Wheeling area.
Twitter Facebook